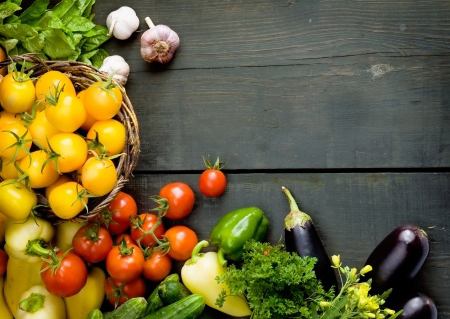 We have scoured the research studies to find out which are the most important foods to buy organic. So, if you are only going to buy 10 organic foods next time you go shopping, make sure you choose the ones we have listed here:

Real Simple Magazine notes that, according to the U.S. Food and Drug Administration, more pesticides are found on apples than any other type of produce. In fact, in one study, the article noted seven different chemicals were found on one apple, making this the number-one organic food to buy.

If the apples aren’t organic, we suggest you peel them before eating. Although this does rid the apple of many of its nutrients, it will also remove most of the pesticides.

These are also very important foods to buy organic, according to How Stuff Works. Babies have less developed immune systems, so it’s vital that they are given the most nutrient-rich foods possible. If you find the cost of organic food too high, consider making your own by blending a variety of fresh organic vegetables.

The Environmental Working Group ranked cucumbers as the 12th most contaminated food in a study of 42 vegetables. Like apples, if you don’t buy organic cucumbers, it’s best to peel the cucumbers before using them.

More than 50 different pesticides were found on different forms of lettuce, according to a study by the Pesticide Action Network.

Milk, butter, yogurt and other dairy products are best bought organic. Non-organic dairy products may be produced by cows that consume non-organic feed, which could include genetically modified organisms (GMOs), as well as hormones and antibiotics. Need we say more?

The Pesticide Action Network noted that more than 35 different pesticides were found on potatoes in testing done by the U.S. Department of Agriculture. The only alternative if you don’t buy organic is to switch to sweet potatoes, which have less pesticide residue.

Last year, these little fruits were found to have the most pesticide residue in a study by the Environmental Working Group. The only alternative to buying organic is to grow your own.

According to the Pesticide Action Network, celery is covered with toxins—more than 60 in all. If you can’t find organic celery, consider substituting it with broccoli, onions or radishes.

Some of the most toxic chemicals have been found on this fruit, and peeling doesn’t help because the poison is found in the soil and absorbed through the roots of the plant. If you want to eat a cantaloupe that is not organic, wash the skin thoroughly before cutting.

Now that you’re an expert organic shopper, it’s time to broaden your clean-eating horizons by trying some of the local organic cuisine. Organicrestaurants.com can help you find an organic eatery near you. Use our search field on the top right of any page to get started.

Organic Restaurants You Will Love...

What’s so Great About Organic...