How the Stanford Study Missed the Point 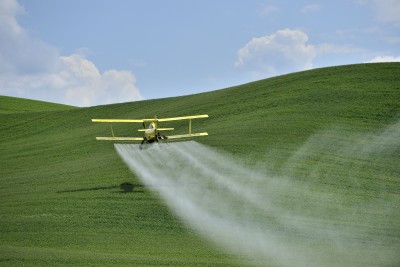 In September 2012, Stanford University raised an uproar over their claim that organically grown produce is hardly more nutritious than conventionally grown counterparts. They had conducted a meta-study that looked at 237 separate studies and summarized them into a neat and tidy one-liner: organic isn’t better.

It had everything you need to make headlines- a prestigious school, well-respected journal, and a conclusion that plenty of people would be happy with. You mean I don’t have to spend extra money on organic produce- it’s not actually healthier? Media outlets picked it up immediately, and the story was initially received with faith by most consumers.

Before long, though, the dirt started getting dug up. Faults, oversights, and – some would argue – scandal surrounding the study began to emerge, and a fuller picture can now be painted. To put it bluntly, the Stanford Study was wrong. In case you didn’t follow the drama, here are the key points where the Stanford Study missed it.

They had dirty funding. Stanford’s Freeman Spogli Institute for International Studies was receiving some major funding from Cargill, conventional agricultural giant and the largest privately held company in America. Freeman Spogli Institute was supporting the study, and though they’ve officially denied that the money had any influence on the research or the results, many people find that difficult to believe.

They used a narrow definition of “nutritious.” The study claimed that the majority of consumers who reach for organic do so because they believe it to be the more nutritious choice. The problem is that food is not simply a vehicle for vitamins and minerals, and they chose to look only at certain nutrients when deciding how “nutritious” a food item is. It’s been pointed out that they chose to examine the nutrients which show the least difference between organic and conventional, and they actually left a number of important nutrients out completely, including Omega-3s and flavonols (both much higher in organics).

Kirsten Brandt, or Newcastle University, published a similar meta-study a full year before the Stanford study came out which looked at many of the very same individual studies. She reached the opposite conclusion- organic food is more nutritious. She even found a spelling error in the Stanford study; Brandt was initially surprised that they left out flavonols, later discovering that they actually compared flavanols – a completely different nutrient. 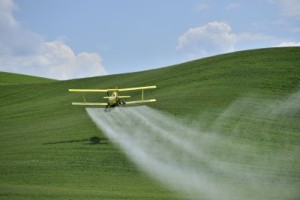 They oversimplified the risk comparison of pesticides. The Stanford study did compare the pesticide contamination in organic versus conventional produce, but many have argued that the approach they took was lazy at best. Essentially, what the Stanford researchers are telling us is that a trace amount of a single harmless pesticide found on an organic strawberry is statistically equal to the same trace amount from multiple harmful pesticides found on a conventional strawberry. But for many consumers, the cocktail of dangerous toxins on the conventional berry far outweighs the other.

They intentionally misled us about the difference in pesticide contamination. The team’s statistician, Ingram Olkin (who, incidentally, argued for big tobacco in the 70s) used an unusual statistical construct to reach the conclusion that organic produce is 30% less likely than conventional to contain pesticides.

What they didn’t share in the public version of their study was that pesticide residues were found in 7% of organic produce, compared with 38% of conventional produce. When taken in relative terms, that actually amounts to a whopping 81% difference.

The authors of the study do concede that “consumption of organic foods may reduce exposure to pesticide residues and antibiotic resistant bacteria,” which is a powerful statement when you consider the incredible risks of exposure to these toxins. More and more research is showing that children and unborn babies are especially vulnerable to long-term problems like hormone imbalances, learning disabilities, and even autism from amounts of pesticide much smaller than the federal guidelines deem safe.

If vitamin and mineral content is the only thing consumers care about in their food, perhaps conventional choices are just as good. However, most of us wouldn’t call pesticides, hormones, and antibiotics in our food “nutritious,” and Stanford conveniently ignored those numbers.

Why Restaurants Should Go Organic

How to Afford Organic Food...