How to Get Your Kids to Love Their Vegetables More 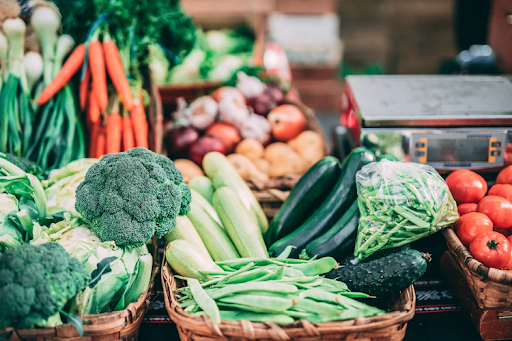 As an adult, you know a lot of things. You know you can count on Organic Restaurants to find organic eateries located near you, for instance. Adults also know that eating organic is a healthier alternative to not doing so. Grown-ups know that the earth revolves around the sun, too.

Yes, it’s true – the average adult knows a lot of stuff. Whether you’re a new parent or your home is already filled with young mouths to feed, there might be something you don’t know, however. What is it that continues to elude many parents? It’s how to get their kids to love vegetables.

Even children with adventurous palates may balk at the idea of eating a vegetable. You can increase the odds that your kids will at least try a given vegetable if you demonstrate how much you like it yourself. Smile as you’re lifting a forkful of veggies toward your mouth. Breathe in the aroma deeply before you take a bite. When you’re done chewing, exclaim how tasty the vegetable was.

If you’ve tried to get your children to eat certain raw vegetables and they’ve politely declined or thrown down over the matter, you may have to change the way you present the food to them. Depending on the veggie at hand, you might be able to grill, air fry, roast or sauté the vegetables and infuse it with mouth-watering flavors that complement its natural taste.

Get Your Kids Involved

Children often have to be exposed to a new food multiple times before they’ll even consider giving it a try. You can expose your kids to new vegetables by getting them involved with grocery shopping and food preparation.

If your kids aren’t old enough to help with food prep, consider exposing them to organic vegetables through other means. Age-appropriate books about vegetables are available for children across age groups, for example. You can make up stories about vegetable superheroes as well. Have your kids draw pictures of a vegetable you’ve laid out on the kitchen table or ask them to recreate the produce using non-toxic clay.

While some well-meaning parents may advise you to hide vegetables in your children’s meals, doing so can send a mixed message. If your kids discover your secret, you’ve basically told them that vegetables aren’t worth eating on their own. Even if they never learn the truth, you’re not making it more likely that your children will voluntarily eat the hidden veggies when they’re served in recognizable form because your kids won’t know they like them.

Whether you’re trying to get your kids to fall in love with kale or another type of veggie, make what you’re serving them the star or one of the stars on their plates. If you are using cauliflower rice instead of white rice or a spiralized veggie in place of traditional pasta, let your children help with the prep work so they can put two and two together and look forward to eating the vegetable again in the future.

Why Should I Eat Fermented...