Things to Know About Organic Brewery 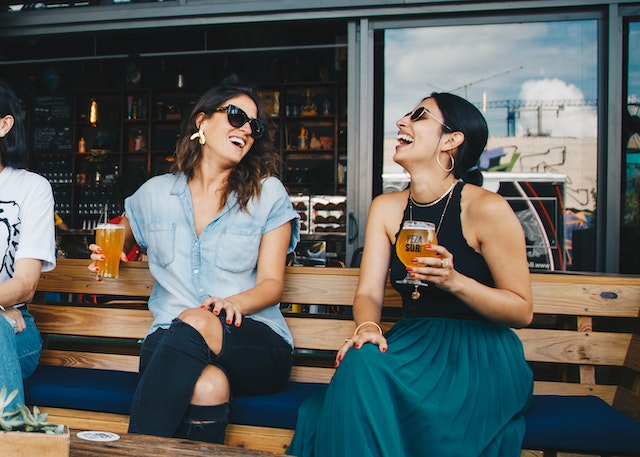 Things to Know About Organic Breweries

It has been said that, by circumstance, the beers made thousands of years ago were organic. While it may be odd to think about the ancient Chinese or Sumerians drinking organic, craft beers, that’s in essence what they drank. In this post, we take a brief look at the history of beer and a more in-depth look at what the modern organic brewery is and why it’s a natural offshoot of the organic food movement.

A Brief History of Beer

According to WorldHistory.org, it wasn’t the Romans, but the Chinese who began brewing beer first. However, it was the Sumerians in Mesopotamia — now modern-day Iran — who likely made beer a popular drink some 10,000 years ago. The remains at archaeological sites in the area unearthed both the remnants of beer jugs and the residue of beer therein in what was once ancient Sumeria.

We bring all of this up to remind you that while some may tout the move toward organic beers as a modern take on the organic food movement — and in some senses, it is — really, it’s a much older tradition than that. If anything, it signifies a return to older, more ancient growing and manufacturing methods.

Additionally, although there was eventually some trade which allowed the concept of beer to eventually make it to ancient Egypt, Greece, and Rome, by and large, people were limited by their transportation, financial, and growing options.

Modern transportation and farming methods, including the creation of chemical pesticides, had not yet been invented. All ingredients that people cooked with and made their drinks with were locally sourced and came as a result of the development of agriculture. In other words, most beer was made at home and was, by circumstance, organic.

That said, the very first official organic brewer hailed from Germany (naturally). It is the City of Muenster’s Pinkus-Mueller Brewery, which began concerning itself with the ingredients in its beers in the 1980s. As it did in ancient times, the trend toward buying and producing locally-grown and made foodstuffs and drinks, including beer, moved to the US.

Want to learn about some other great organic drinks besides beer? Then, take a look at our coffee alternatives.

What Are Organic Beers Today?

Given that most people are unlikely to start making organic beer as a result of their own agricultural efforts, it makes sense to start this part of the discussion with a definition of what organic is in general and organic beer is specifically.

If something is organic, then it fits the following criteria:

To simplify things even further, it’s best to say that there are “levels” of organic, for lack of a better way to say it. If something is 100% organic, then you can bet that all of its ingredients from start to finish are organic. That is, they strictly fit the criteria above. The processing of the beer also adheres to strict guidelines.

If something carries an organic label but has no indication of being 100% organic, then a majority of its ingredients — 95% of them — are organic. A product whose label reads “Made with organic ingredients” is made up of ingredients that are mostly organic — 70% or better. However, in the latter two cases, some of the ingredients may not be organic, though the percentage varies.

Additionally, some organic foods may also indicate that they participate in Fair Trade practices.

These products can include drinks, like coffee and wine, and if a product carries this label, then you know that the production of these foods adheres to standards that don’t harm the environment, nor do they hinder economic and social development in the regions they’re produced.

Free Trade also speaks to the conditions in which the workers who produce the food live and work and guarantees that no child nor forced labor was used in their creation.

Finally, organic beers, depending on their grade, are also processed in special distilleries. These distilleries are also free of chemicals, pesticides, fertilizers, and more.

What Is the Difference Between Organic Beer and Regular Beer?

Just as food cannot be labeled “organic” if it doesn’t fit one of the criteria above, so, too, is it with organic beer. That is to say, for a beer to be labeled organic, it needs to be made with a majority of organic ingredients and produced in a distillery that’s specially designed for the production of organic beers.

It will also carry a designation on the label that indicates if it’s 100% organic, organic, or made with organic ingredients. Regular beer does not fit within the guidelines of organic, so would not be labeled as such.

Further, some people maintain that organic beer tastes smoother and better. They also say that an organic beer doesn’t cause the same kind of hangover that regular beer does, though honestly, the jury’s still out on that one.

Aside from all of this, there is something to be said for buying locally, including the beer you drink. One of the strengths of the organic movement is that it encourages people to shop locally. Doing this helps you to better determine where your food and drink come from.

Such practices are more sustainable over the course of time. Serving locally-made craft and organic beers is definitely something to think about as you make future plans for your organic restaurant.

Would you like to learn how to make the menu at your organic restaurant more interesting (including possibly adding organic beer to the menu?) Then, read these tips.

Where Would You Be Without...