What’s the Deal with Processed Meat? 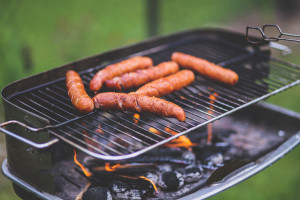 Here at OrganicRestaurants.com, we don’t like to choose sides – choosing what you eat is based on what works best for you!

But we thought it was important to touch upon the World Health Organization’s (WHO) recent report that got so many people talking.  The International Agency for Research on Cancer (IARC), the cancer agency of the World Health Organization, made big headlines last week with the release of a report that evaluated the effects of red meats and processed meats on the human body.

The IARC “classified the consumption of red meat as probably carcinogenic to humans (Group 2A), based on limited evidence that the consumption of red meat causes cancer in humans.”  Processed meat is considered meat that’s been changed either through salting, curing, fermentation or smoking to enhance the flavor and improve preservation.  In addition to the findings on red meat, “processed meat was classified as carcinogenic to humans (Group 1), based on sufficient evidence that the consumption of processed meat causes colorectal cancer.”  The 22 experts from 10 different countries concluded that “each 50 gram portion of processed meat eaten daily increases the risk of colorectal cancer by 18%.”  Other cancers were linked including pancreatic cancer and prostate cancer.  You can read more about it and the actual press release on WHO’s website here: http://www.who.int/features/qa/cancer-red-meat/en/.

This report has gotten a lot of people talking, whether it has caused some to wonder about their own diets enough to make a change or others to dismiss the results as another item in a long list of factors that may cause cancer.  But what did you think of this report?  Does this affect your eating habits at all, specifically if you eat meat? Do you think this adds value to meats that are raised organic or do you believe it is unrelated?

As we discover and learn more about how the food we put into our bodies affects us, the more it can all be debated.  But there is always value in taking the time to think for yourself about if the food you consume is good for you, both nutritionally and chemically.  Choosing organic continues to prove its value – read our other blog post Why Organic Food is Better for Us to learn how.

Where to Eat Organic in...

How To Sprout Grains