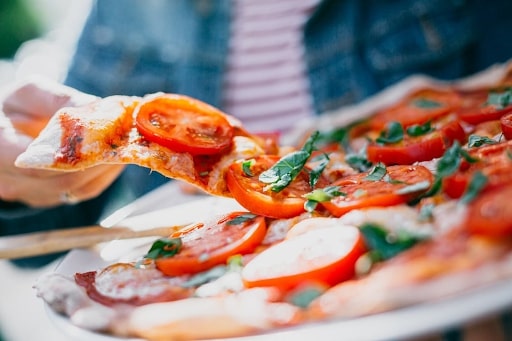 Going vegan doesn’t mean that you have to cut out all the foods you once loved. You can find delicious vegan versions of just about anything, including pizza! You can even find vegan pizza in the home of the deep dish pizza, Chicago. Here are some of Chicago’s organic restaurants that have something innovative to offer on the pizza front.

One of the most notable pizza places in Chicago recently began offering some vegan options. Gino’s East has multiple locations, so no matter where you’re staying in Chicago you’re probably near one of them, and their pizza has a well-deserved reputation for being one of the meals that you have to get while you’re in town. Menus can vary by location, so check first to see if the Gino’s East restaurant you’re going to offers the vegan pizza you’re looking for!

This eatery bills itself as the home of the original vegan deep dish pizza in Chicago. You can get deep dish vegan pizza in many styles at this restaurant, and plenty of delicious toppings are available too. Top your pizza with seitan pepperoni, soy-based sausage, and even vegan bacon. This is a stop worth making for vegan food lovers or anyone curious about what vegan pizza can taste like.

With a name like this, it’s no surprise that The Picky Vegan has its own take on Chicago pizza! It offers plenty of unique menu items, including its pizza which contains only vegan ingredients and no gluten at all. It’s worth a trip for anyone who wants to try out vegan pizza.

This restaurant now offers a vegan pie and Google reviewers have nothing but good things to say about this pizza. It’s topped with vegan cheeses, like cheddar and mozzarella, along with meat substitutes like ground seitan and vegan bacon. You can even top it with vegan ranch dressing! This eatery has multiple locations, including restaurants in Lincoln Square and West Town.

Dimo’s Pizza stocks plenty of vegan ingredients, including mozzarella, sausage, and a buffalo chicken substitute made from seitan. What’s cool about this pizza place is that it doesn’t just offer a vegan pizza or two. It offers plenty of options, including vegan takes on its specialty pies. We bet you didn’t think that you would find a vegan version of a pizza called the “BBQ Chicken Cheddar Ranch,” but you’ll find it here. You’ll also find a vegan pie inspired by Mexican street corn and many other interesting choices. Even if you’re not looking for vegan pies specifically, Dimo’s could be the best choice if you’re looking for something new.

If you want to learn more about the organic eateries near you, visit our website. Organic Restaurants can help you find new places to eat in your city, or we can help you find great places to try out when you travel somewhere new. Whether you’re looking for vegan pizza or another veggie-based dish, we can help!

Tips For Rebranding Your Restaurant

How Can Restaurants Avoid Cultural...