Urban Gardening in Philadelphia is Thriving 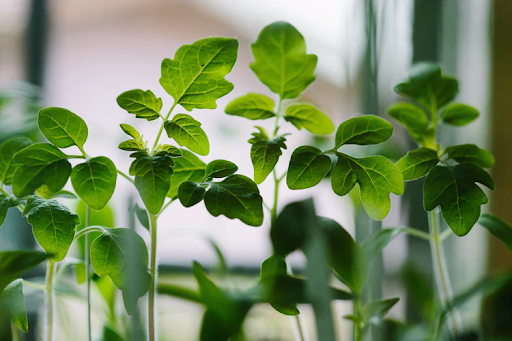 Why Urban Gardening in Philadelphia is Thriving

Never content to rest on their laurels, many members of the Greatest Generation planted victory gardens in their yards as World War II raged on decades ago. Those homegrown victory gardens eventually supplied about 40 percent of America’s produce. After the Allies declared victory, the victory gardens that once dotted the country’s landscape slowly disappeared as commercial agriculture started operating on a large scale.

Now, the country is seeing a resurgence in urban gardening, with cities like Philadelphia leading the way. The City of Brotherly Love is currently home to more than 400 urban gardens that occupy approximately 500 parcels of land. While edible gardens are visible in other locations, most of Philadelphia’s urban gardens are clustered in the southern and western parts of the city along with the Kensington area.

Benefits of Edible Gardens in the City

If you find the notion of edible gardens within the city’s limits confounding, you’re not alone. Some people may oppose urban gardens because they think the space they occupy could be used for other purposes, such as developing residential living quarters or a commercial complex. While projects like the ones just mentioned can certainly bring value to an area, maintaining an urban garden on the same space brings its own value by providing benefits the entire community can enjoy.

When you think of a bustling city like Philadelphia, what comes to mind? If you’re like many, images of concrete walkways, paved roadways, and tall buildings may spring into your thoughts. What you probably won’t think of is green space.

Urban gardens can repaint the image of large metropolises in your mind. An edible garden creates a green space where a vacant, lifeless lot may have existed before. Having more green space in a community makes the area even more attractive and inviting to visitors and residents alike. An urban garden can also reduce runoff from precipitation, provide passersby a place to relax and counteract the “heat island” effect.

Despite the foodie culture that exists in many urban areas, there’s often a disconnect between diners and where their food originates from. Edible gardens in cities teach people about where their food comes from. With children and grown-ups participating in the growth of produce in urban gardens, the sustainable health of the local food system and supply chain is more likely to last over the long-haul.

As is the case in some other cities, most of the urban gardens in Philadelphia are located in areas that have poverty rates that are higher than average for the city. Those areas also provide residents with minimal access to quality food in many instances.

Having an edible garden nearby increases the chance that residents will participate in growing healthy food for themselves and their neighbors. In addition to providing low-cost or free food for the neighboring community, an edible garden can sure up the food supply for a select charity by providing fresh, locally grown produce for free or at a steeply discounted price.

An urban garden gives participants the chance to get some exercise and develop a deeper connection to nature as they tend to the plants it contains. The garden also yields nutritious food that can improve participants’ health in other ways. Eating healthy food grown in an edible garden can reduce a person’s risk for heart disease, obesity, type 2 diabetes, and a host of other health problems.

Urban gardens do more than “just” produce healthy fruit and vegetables. They also establish relationships between their caregivers and strengthen existing relationships between community members. A lot of edible gardens require plenty of organization and a group effort, which gives people the chance to work together to achieve a shared goal – producing healthy food for the neighborhood’s residents to enjoy.

Having a local urban garden allows area residents to reduce the size of their personal carbon footprint. By sourcing their produce locally, people eliminate the need for fossil fuel to transport, package and sell the fruit and vegetables grown in their edible garden.

Having an urban garden nearby has the potential to increase property values in the surrounding area. It may also have a positive impact on the average household income in the community.

Grant funding opportunities for urban gardens have increased in recent years. By establishing an edible garden in your community, your neighborhood may benefit from a grant that will support the garden.

With an edible garden, people are able to pick the produce they plan to eat. There’s no need to pick fruits or vegetables long before they will be consumed. When produce is harvested before it’s actually needed, there’s always a chance it will spoil before it’s eaten. Since urban gardens allow people to harvest what they need when they need it, they reduce the amount of food that’s ultimately wasted.

Integrates into the Surrounding Architecture

While edible gardens are sure to stand out in any urban setting, it’s possible to design a garden so that it complements and integrates into the architecture that’s nearby. That flexibility is one of the many reasons why urban gardens are thriving in The City of Brotherly Love.

Even if your community doesn’t have an urban garden, you can still eat healthy by finding a local eatery you want to try out in our directory of Philadelphia organic restaurants. Our directory includes many local organic eating options for Philly-area residents and visiting tourists.

Organic Restaurants was founded to help healthy eaters find organic food places no matter where they’re currently located. Whether you’re at home in Philadelphia or you’re in another city or state, you can count on us to help you find an organic eatery every time you’re in the mood for a healthy, organic meal.

Can You Garden Indoors?

Should You Expand Your Restaurant’s...