What Cow-Milk Alternative Is the Best for You? 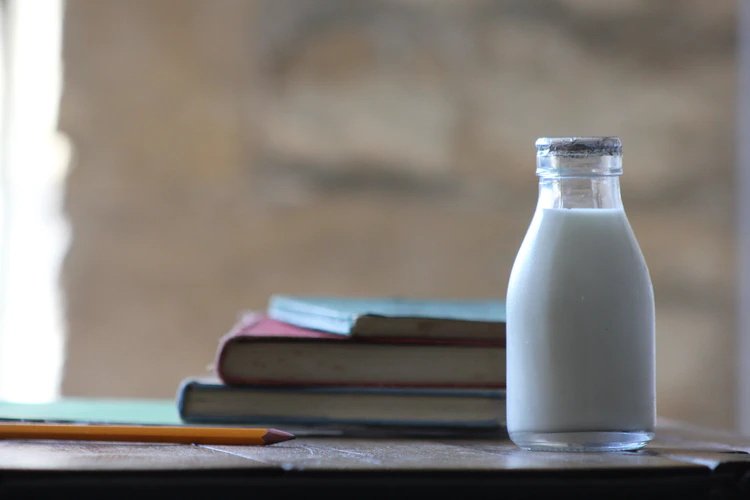 Whether you do your grocery shopping in a physical store or you order groceries online and have them delivered, you’ve probably noticed that the options available to people who want an alternative to cow’s milk have increased in recent years. If you’re into organic eating, you’re following a vegan diet, you have an allergy or you’re lactose intolerant, there’s a cow-milk alternative for you that’s for sale in today’s marketplace.

Alternative Kinds of Milk: The Basics

Alternative types of milk are now made with a variety of things, such as nuts, seeds and legumes. These beverages contain different amounts of protein and fiber depending on various factors such as their main ingredients. Many alternative milk types have 100 calories or less per serving.

If you’re interested in adding a cow-milk alternative to your daily menu of organic food, there are a few things you should look for. Here are some of them:

As a rule of thumb, it’s wise to shy away from alternative milk that’s labeled as a barista blend. While regular blended milk alternatives may have more calcium or vitamins, barista blends are often loaded with added sugar.

Soy milk has long been a sought-after alternative for people who can’t or don’t want to consume cow milk. Unsweetened soy milk usually weighs in around 80 calories per one-cup serving and it often packs eight grams of protein in a single glass. Soy milk is a great source of fiber, antioxidants and desirable polyunsaturated fats.

Whereas soy milk has been around for quite a while, pea milk is a relatively new entrant in the cow-milk alternative scene. A plant-based milk, pea milk typically has about 70 calories and eight grams of protein per serving in unsweetened form.

Several ingredients are used to make pea milk, such as pea protein isolate, water, and emulsifiers. If algal oil is used as the emulsifier for pea milk, the beverage will have an omega-3 fatty acid known as DHA. That fatty acid can boost your immune system, enhance your cognitive thinking and improve your heart’s health.

Quinoa is an ancient grain that’s now widely recognized as a superfood. While quinoa has been around for countless generations, quinoa milk is a newly offered option that’s available in the ever-growing non-dairy milk aisles of many grocery stores.

Quinoa is nutritious and packed with protein. The grain is also gluten-free. Compared to cow’s milk, quinoa alternatives normally have about the same amount of carbohydrates but less than half the calories. Quinoa milk has significantly less fat than cow’s milk.

Quinoa milk has a distinct flavor that leans toward the sweet and nutty end of the spectrum. For this reason, it’s often enjoyed in cereal, a warm bowl of oatmeal or on its own. No matter how you consume quinoa milk, you can feel great about your milk because it will only contain around 70 calories and just 12 grams of carbohydrates in many instances.

With the widespread use of CBD products manufactured using hemp, it should come as no surprise that hemp is now used to make tasty, nutritious milk. Hemp milk tends to have a watery texture, which makes it a great choice for people who are making the switch from lighter cow milk varieties like skim.

Even though hemp milk is waterier than a lot of other cow-milk options, it still contains two to three grams of protein and just 60-80 calories per serving. Depending on the brand you buy, every serving of your hemp milk will have one or fewer grams of carbohydrates.

Coconut milk is arguably the most indulgent alternative to cow’s milk thanks to its creamy consistency and saturated fat content. Made with water and coconut cream, coconut milk boasts a tropical taste that’s enjoyable on its own or as an addition to smoothies and hot or iced coffees.

This type of milk can have as much as four grams of saturated fat per cup. That’s the equivalent of one-fifth of the amount of saturated fat that’s recommended for maximum daily consumption for most people. While that amount of fat per serving may surprise you, don’t let it stop you from giving coconut milk a try. Given its comparatively high level of fat, it’s likely you’ll use less coconut milk compared to other cow-milk alternatives.

Cashew milk is a flavorful option that should be on your must-try list of cow-milk alternatives if you don’t have a nut allergy. This milk pairs exceptionally well with tea and lattes that have a tea base. Cashew milk is made similarly to almond milk using a process that involves soaking, combining with water and straining.

Neither almond milk nor cashew milk normally has as much protein as other cow-milk alternatives do, but each one can still lend support to your immune system. If you’re going to add either milk to a smoothie, you may want to throw in some nut butter to increase the protein in your drink.

If you want to dine at an organic restaurant and enjoy a cow-milk alternative with your meal, you can find restaurants near you that serve milk made with nuts, grains, plants or seeds near you using our website. Organic Restaurants – your trusted source to find organic food restaurants serving alternative kinds of milk and other tasty treats in or near your hometown.

The Benefits of Choosing an...